The Best of Culpeper

The Best of Culpeper

The rolling hills of the Piedmont and the western flats of the Northern Neck collide in Culpeper, a county with a long and rich agricultural history.

The early inhabitants of the area that became Culpeper County were a Siouan-speaking sub-group of the Manahoac tribe called the Tegninateo. However, attracted by the agricultural opportunities, Europeans arrived and quickly settled in the area.

The land that is now the town of Culpeper, originally named Fairfax, was formed in 1749. Soon after its founding George Washington surveyed what is now the courthouse area of the town. However, it was not until over 100 years later, in 1869, that the town received the name it has today.

Because of its strategic location, Culpeper County was a very active area during the Civil War. Within the county lines the Battle of Brandy Station, still the largest cavalry engagement fought in North America, took place. The Battle of Cedar Mountain, also fought in Culpeper County, was the battle in which Clara Barton performed her first field duty. These, among many other Civil War events, make town and county favorite venues for Civil War enthusiasts. There are numerous walking tours, plenty of informational signage, and many publications about the Civil War in Culpeper County. 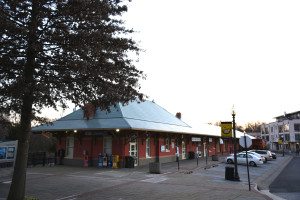 Culpeper survived and recovered from the turbulence it experienced during the Civil War. Although Culpeper has grown and developed a picturesque and thriving downtown, which attracts people from around the region, it still enjoys a small-town atmosphere. The historic downtown, centered on Davis Street, has a significant collection of 19th and 20th century buildings including the old train station still in use by Amtrak. The buildings house an eclectic collection of great restaurants, interesting shops and galleries, Town and County government offices, and the recently renovated State Theatre. 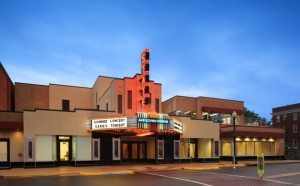 The art-deco style State Theatre was built is 1938 and served as Culpeper’s primary movie house for 55 years. It fell into disrepair and is now closed, but was replaced by a new theater. 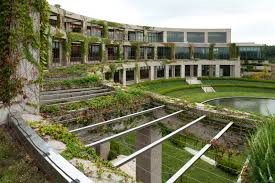 Just outside of the Town of Culpeper is the Packard Campus for Audio-Visual Conservation, which is part of the Library of Congress. The Packard Campus is built into the side of Mount Pony and features an adaptive reuse and expansion of a previously existing underground Federal Reserve Bank facility. Set on 45 acres with stunning architectural design and landscaping, the Packard Campus of the National Audio-Visual Conservation Center is a state-of-the-art facility where the Library of Congress acquires, preserves, and provides access to the world’s largest and most comprehensive collection of films, television programs, radio broadcasts, and sound recordings. The Packard Campus offers a wide selection of free film, video, and television screenings as well as live performances. 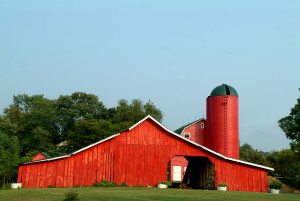 Another important part of Culpeper is its family farms. Locals and visitors alike can enjoy the products of the farms at stores like Moving Meadows, a retail outlet for a local family farm. The farm mills its own flour and produces delicious whole breads, muffins, cookies, and cakes. They also offer their own pastured chicken and grass fed beef. Everything is local, fresh, and humanely produced.

Going out for a great dinner is also an option in Culpeper. The area has excellent restaurants for fine dining or a casual meal. For some righteous smoked ribs, brisket, chicken, and pulled pork head over to Shawn’s Smokehouse BBQ. They use homemade sauces and onsite smokers to produce mouthwatering meals.

Use Google Chrome for Best Experience

You are using an old version of Internet Explorer. Our site is developed with the latest technology, which is not supported by older browsers
We recommend that you use Google Chrome for accessing our (or any) website. It is a FREE and modern web-browser which supports the latest web technologies offering you a cleaner and more secure browsing experience.